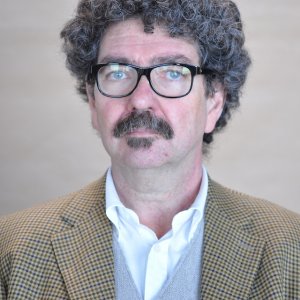 In the past couple of days, prompted by Marty McGuire's write-up, I raved about the potential of Audiogram to help promote the podcast by making it easier to share audio clips to social media -- by turning them into video clips. This afternoon, having managed to get tomorrow's episode edited early, and having had to chop quite a few interesting digressions, I thought I would have a serious play.

Tl;dr: It worked. I'd show you here, but I haven't found an easy way to upload video to Known yet. If you want to see the result, you can go to Patreon right now.

Installing Audiogram was not entirely plain sailing. Marty used Docker, and so despite warnings from other IndieWeb friends, I tried the same. All went well out of the gate, but then fell at the first. Something to do with virtualbox. So I switched to Homebrew and that did the needfull. Even then, though, Audiogram wouldn't start, but the error message made it clear that I needed to update node.js and npm. That done, it still wouldn't start.

Turned out I already had a local server running, via MAMP, and that was getting in the way. Switching off that server, and all was good.

That was two days ago. Today, I tried to use it for serious, and although there were plenty of hiccups along the way, I got there.

The instructions for modifying the theme are very straightforward, and with a bit of trial and error I was able to create a background for any future clips.

Uploading the audio, inserting the caption, all that was dead simple thanks to Audiogram's editor. Actually generating the videos, though, generated error after error, and some of them scrolled through several screens. But I kept my nerve, turned to search engines and StackOverflow and eventually got there.

Some of the fixes seemed to be pure voodoo. There's an invisible file that one of the Audiogram developers suggested deleting. The first time I tried that, it worked beautifully. The second time, not so much. Nor the third. But then, it worked again, at which point I called a halt, for now; a wise decision in my opinion.

I'm looking forward to seeing whether clips will attract listeners to the podcasts in their entirety. I put the first one on Patreon because the episode is not yet public, although Patreons have received it. I'll probably use clips there as bait and see how it goes. Once episodes are public I'll send clips to Twitter and, maybe, Facebook which will, I think make it relatively easy to trace any impact. And if the whole process isn't too hard (getting to the first video uploaded took almost three hours today) then I can imagine it might be useful to promote older epsiodes too, when there is a news peg.

So, grateful thanks to Marty McGuire and WNYC.